Billy Durney from Hometown Bar B Que in Brooklyn 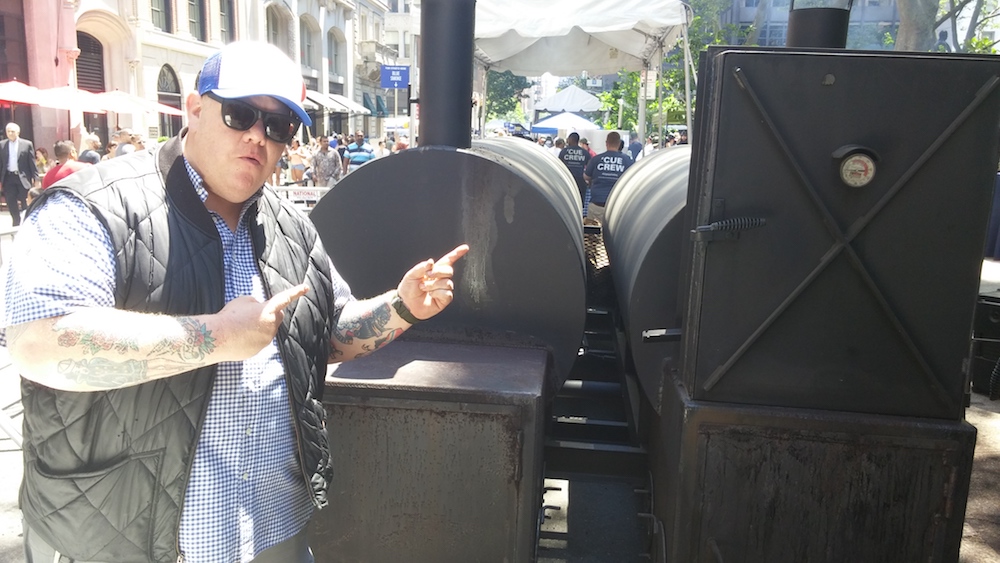 Billy Durney and Mike Conlin, the executive chef at Hometown BBQ in Brooklyn go on camera to tout their excitement about cooking on a Lang. Actually they’ve cooked on 10 Lang BBQ Smoker cookers while they’ve been in business.

You’ll be encouraged by the passion Billy has for BBQ and Lang upon which he built his BBQ business reputation. This video captures a quick glimpse of Billy and Mike and the team prepping the Lang BBQ Smokers for the food feast. The prep is key as they expect a long line of people waiting to enjoy what those Lang BBQ Smokers put out.

Great food recipes get even better when cooked on Lang BBQ Smokers. Lang has created a world of “Good Eatin’ BBQ.”