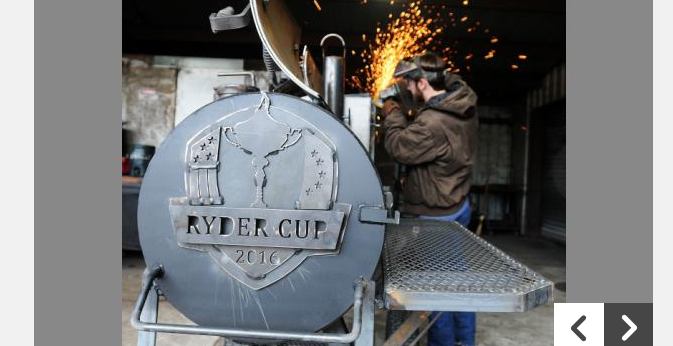 Article reported by Terry Dickson in the Jacksonville News

Twenty-eight years ago, Ben Lang converted an old propane tank into the first of his smokers.

Things have changed and now Lang rolls his own steel to custom-build five or six models of six sizes of Lang BBQ Smokers.

The company ships around the world with some of a recent order of 21 going about 40 miles to St. Simons and one going to California to PGA Tour pro Phil Mickelson. Mickelson was a player on the 2016 U.S. Ryder Cup team and team captain Davis Love III wanted to make sure each player got one of the Lang smokers that he prizes and endorses. Zach Johnson already has his at his St. Simons home, is grateful for it and is praising it on social media.

The smoker business grew out of a South Georgia necessity.

When Lang was growing up, there weren’t many caterers in Southeast Georgia so family members cooked for each other.

read the full story in the Jacksonville News!